As of early 2018, law enforcement in Oregon are still doing things the old-fashioned way. They are waving a finger, pen, or flashlight in front of the eyes of suspected drunk drivers. They are then attempting to write down a summary of what they think they saw. Later– in court– they try to remember all the details.

The problem is that’s no longer good enough. With the widespread availability of video recording devices, with reasonable people demanding “pics or it didn’t happen,” everyone from defense attorneys, judges, and juries want to see objective evidence.

Enter the DAX recorder made by Ocular Data Systems. 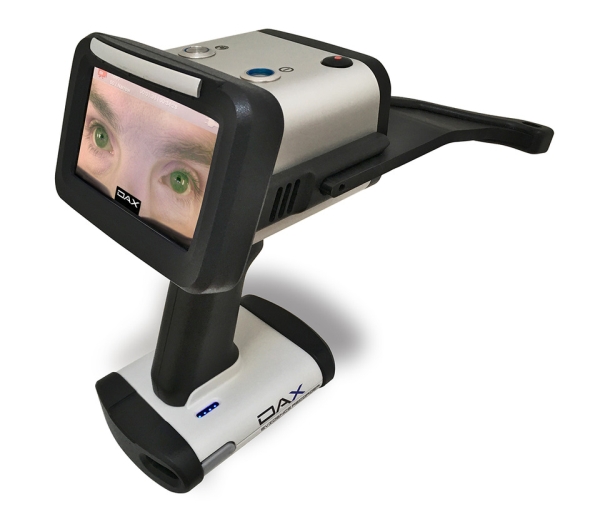 One of the most common Field Sobriety Tests administered is called the Horizontal Gaze Nystagmus (HGN). It’s essentially an “eye test.” The DAX recorder is advertised as being a video recorder that can be mounted or positioned just below a test subject’s eyes. The condition of the test subject’s eyes can then be monitored and recorded for the following:

The benefits of recording HGN evidence are that disputes as to how the eyes appeared or functioned may be totally eliminated or at least minimized. As of right now, many hours are wasted in administrative hearings, motions to suppress, and jury trials over whether or not police officers both administered the test correctly, and whether they accurately memorialize the results. A video recording– if unedited and made from the best vantage point– at the very least shows what was done, and how the eyes appeared.

There’s an old expression for computer programming: “Garbage in, garbage out.” The HGN recording device is only going record evidence that’s as good as the person administrating the test. Many DUI attorneys will tell you that most officers are a bit arrogant and cocky when it comes to HGN, and they administer it incorrectly (typically way too fast). Also, just because a driver has HGN does not mean they are intoxicated or impaired by alcohol. HGN can be caused by a number of factors, and alcohol is only one of them.

From a criminal defense attorney’s standpoint, the more lawfully-obtained evidence we can get in any case, the better. Whether a video shows incriminating evidence (bad for the accused) or exculpatory evidence (good for the accused), it’s still far better than relying upon a biased cop’s memory from one of many traffic stops a year ago. The reason that most police agencies are not recording HGN evidence or other DUI evidence is that many times the recordings hurt them. The video and audio recordings show officers failing to follow their training, failing to read Miranda rights, administering Field Sobriety Tests incorrectly, administering breath tests incorrectly, and– in some cases– even tampering with or planting evidence.

It remains to be seen whether Oregon law enforcement will eventually document their HGN tests. But for now, we know three things: (1) the cameras are available, (2) other police agencies in the country are using them, and (3) Oregon police agencies are refusing to use them.