If you are facing an Oregon divorce, we can help. Divorce cases can be very emotional and sometimes overwhelming cases because they frequently involve personal and intimate issues. Aside from the significant emotional component, divorce cases are often complex as well due to the need to divide assets and debts. A dedicated divorce attorney can be very helpful in advising you of all of your legal options and advocating for your rights.

If You’re Facing Divorce
Hire A Strong And Caring Advocate

We offer initial consultations at a reasonable cost in order to provide prospective clients with an overview of Oregon’s divorce process, to explain the services we offer, and to see if we’re a good fit for your case. We’ve been handling Oregon divorce cases throughout the state for over 11 years, so you know you’ll be in good hands. Here are just a few highlights of Mr. Romano’s experience and dedication to divorce and family law:

To schedule a consultation, call our offices. We’re here to help.

When a party petitions the court for a dissolution of marriage, there are often many related matters that the court must decide such as:

In order to start a case under ORS 107 to dissolve a marriage (informally and more commonly referred to as a “divorce”), a party must file a petition with the court. The party that starts the action (the first party to file) is called the “Petitioner” and the party that will be required to respond is called the “Respondent.” Many people are familiar with the titles “Plaintiff” and “Defendant” in civil lawsuits. Although dissolution cases go through the court system, they are not really referred to as “lawsuits” because– in divorce cases– one party is not filing a “complaint” against the other party or “suing” the other party, but rather petitioning the court to dissolve a legal entity: the marriage.

In the petition, it will typically be alleged that “irreconcilable differences between the parties” that have caused the irremediable breakdown of the marriage. Oregon is a no-fault state, meaning that the petitioner does not need to allege abuse, infidelity, or other grounds for a divorce.

The petitioner also must include with the petition a certificate regarding any pending support proceeding and any existing support order. At or prior to the hearing of a suit for marital annulment, dissolution or separation, the moving party or the party attending the hearing shall file with the court a written statement setting forth the full names and any former names of the parties, the residence, mailing or contact addresses of the parties, the ages of both parties, the date and place of the marriage of the parties, and the names and ages of the children born to or adopted by the parties. If real property is involved, the petitioner may have a notice of pendency of the action recorded at the time the petition is filed, as provided by Oregon law (Notice of lis pendens).

If a response is timely filed, but parties must attend a divorcing parents seminar if the parties have children. It’s essentially an informative lecture on the importance of keeping children out of the middle of divorce cases.

At some point soon after filing, the parties may need to move the court for temporary orders concerning legal custody of the children, parenting time, who gets to use the martial residence, who may keep and make use of personal property such as vehicles, and for the support of one of the parties by the other and support of the children. These motions are called pendente lite motions (motions for orders while litigation is pending). If there are emergency circumstances and an immediate child custody order is needed, one of the parties can file a motion for immediate temporary custody.

The parties then typically complete a discovery process. That is, they exchange copies of tax returns, bank account records, credit card and other debt statements, retirement accounts, etc. The general idea is to put all relevant information about the financial state of the marriage on the table so that both parties know what issues there will be to decide in court.

As part of the discovery process, the parties can make requests for production of documents (i.e. demand that the other party produce records in their possession or available to them), and the parties can also conduct depositions (sit the other party down under oath to demand that they answer questions which could reasonably lead to relevant evidence).

After discovery is complete, the parties typically attempt to settle the case short of a trial. If the parties cannot come to an agreement on their own with counsel from their attorneys, the parties can attempt mediation, arbitration, or a settlement conference.

Most courts in Oregon will at some point have a pretrial conference where the court will want to know the status of the case, and whether or not a trial is needed. If the case can be settled, the parties will draft and sign a Stipulated General Judgement. This judgment will dissolve the marriage, detail each party’s rights and obligations with respect to children, real property, and personal property, and the judgment will be legally enforceable in case one or both parties don’t comply with the terms.

If the parties can’t agree on settlement terms, individual issues or all issues in the divorce can be heard by a judge at trial. After the trial, the judge will make factual findings and conclusions of law. The judge will then direct one of the parties attorneys to draft a General Judgment. As with a Stipulated General Judgement, the General Judgment will dissolve the marriage, detail each party’s rights and obligations with respect to children, real property, and personal property, and the judgment will be legally enforceable in case one or both parties don’t comply with the terms.

After the divorce is finalized, the parties may have much work to do in terms of moving from or into a new residence, exchanging personal property, untangling health and auto insurance, paying off debts, splitting bank accounts or other financial accounts, etc. If either of the parties fails to comply with the terms of the judgment, a contempt action or another post-judgment action may need to be filed.

The summary above is substantially abbreviated and very much generalized for the sake of providing a broad overview. Whether you choose to have an attorney throughout your entire case from beginning to end, or to file your own dissolution petition in an effort to save money, it’s very important that you at least have a consultation with an attorney to make sure that you know what your options and rights are, and that you’re not missing any important aspect of your case. We offer reasonably-priced consultations, and can provide a more detailed analysis of what issues your case will likely involve. Contact us for more information. 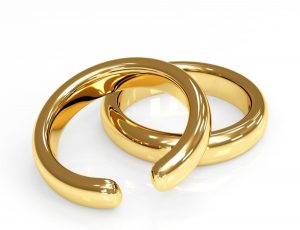 Mr. Romano attended Southern Oregon University (formerly Southern Oregon State College) in Ashland, Oregon where he earned a Bachelor of Science degree in Political Science, with a minor degree in Philosophy. He then received his Juris Doctorate at Willamette University College of Law in Salem, Oregon. While in law school, Mr. Romano clerked for the Marion County District Attorney’s Office and developed a taste for trial work. He was then admitted to the Oregon State Bar in 2000 and began his career as a prosecutor. He received his misdemeanor experience in Klamath County, felony experience in Coos County, and juvenile delinquency & dependency experience in Deschutes County. In early 2006, he then opened his private practice in Bend, Oregon with a strong focus on family law and criminal defense. In 2013, Mr. Romano opened an additional office in downtown Portland, Oregon. Mr. Romano has personally tried hundreds of jury trials, tried numerous bench trials, conducted traditional and video-recorded depositions, and has spent literally thousands of hours in courtrooms around Oregon. Mr. Romano stays current with changes in the law by consistently exceeding the minimum Continuing Legal Education requirements set by the Oregon State Bar. He’s a member of the Oregon Bar Association, the American Bar Association, the Association of Family and Conciliation Courts, the Deschutes County Bar Association, the Multnomah County Bar Association, and the Oregon Trial Lawyers Association. Mr. Romano also attends seminars put on by the American Academy of Matrimonial Lawyers. Mr. Romano has extensive experience in the areas of child custody, parenting time, child support, parent-child relocation, spousal support, property division, debt allocation, contempt actions, pendente lite hearings, depositions, mediation, arbitration, trials, contempt actions, prenuptial agreements, and restraining order hearings.

divorce
Wednesday, November 25, 2015
★★★★★
“ Even the simplest divorce like mine could be complex and cumbersome. Mr. Romano and his staff carried on my lengthy divorce processes patiently and meticulously with an expected outcome. I do appreciate the accuracy and professionalism of his office during handling my divorce processes.”
- Nahid

Great outcome for kids and all involved

divorce
Tuesday, October 1, 2019
★★★★★
“ Michael and staff helped our family navigate a delicate child support and visitation change with the perfect mix of empathy and legal stratagem. Great outcome for kids and all involved. Thank you!”
- John Kiser

divorce
Friday, May 1, 2020
★★★★★
“ Michael Romano and his assistant, Amy, worked tirelessly to ensure that my divorce was completed with a fair settlement. They knew it was important to me that it be completed as quickly as possible. I remain impressed by Michael’s flexibility around technology, his willingness to ask hard questions, and his great advice during this challenging process.”
- Jen Bradley