For Oregon gun owners who carry a firearm upon their person or in their car, how is the word “concealed” defined under Oregon law?

In State v. Harrison, 292 Or App 232 (June 6, 2018), the Oregon Court of Appeals was asked to consider the definition of the words “conceal” or “concealed” in deciding whether a driver had unlawfully concealed a firearm in her car.

The relevant facts of the case were as follows: A driver was stopped and was found to have a handgun in the door pocket of the car. With the car door open, the gun was visible. But with the car door closed, it would not have been visible to a police officer approaching the driver’s side door. Additionally, the firearm was accessible to the driver while in the door pocket.

At trial and later at the appeal, the driver claimed that the firearm was not concealed because it was visible and could be seen with the door open.

The Court in Harrison provided the following discussion:

As we have explained, the statute does not define the term “concealed” and, therefore, we look to the “plain and ordinary meaning” of that term. State v. Turner, 221 Or App 621, 627, 191 P3d 697 (2008) (construing term “concealed” in ORS 166.240, another concealed-weapon statute). The plain and ordinary meaning of “conceal” is to hide, “place out of sight,” or “shield from vision or notice.” Webster’s Third New Int’l Dictionary 469 (unabridged ed 2002). It also means “ ‘to prevent disclosure or recognition of.’ ” Turner, 221 Or App at 627 (quoting Webster’s at 469). In light of that plain mean-ing, an object that is hidden from view or placed out of sight is concealed. Furthermore, as we explained in Turner, to be concealed for purposes of the statute, an “object need not be completely hidden from view.” Id. Instead, a weapon may also “be ‘concealed’ within the meaning of the statute even if it is recognizable for what it is if there is also evidence of an imperfect attempt to prevent it from being discovered or recognized.” Id. at 628 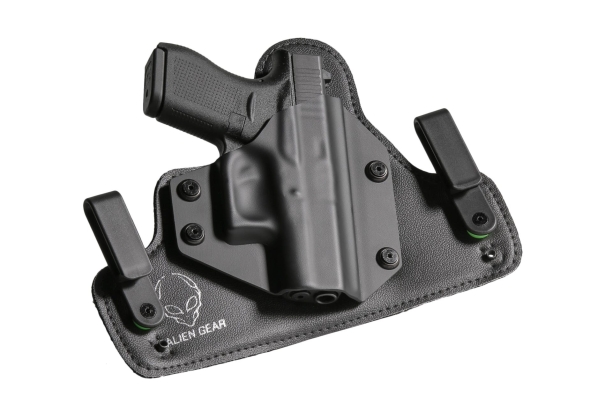 So what does this mean for people who carry either in their car or on their person?

First and foremost, anyone with an interest in firearms and personal protection should get a Concealed Handgun License. Oregon is a “shall” issue state, permits are inexpensive, and they greatly expand your right to possess firearms.

Another takeaway is that gun owners without carry permits shouldn’t get cute with their manner of carry. For example, some guys will bury a full-size 1911 inside their waistband in either the “Appendix Carry” or “Kidney Carry” position, and then rely upon part of the exposed grip to claim they are “open carrying.” If a jacket or shirt partially covers that grip– from a legal perspective– it’s likely going to be considered to be carrying concealed. Even if no clothing covers the grip, it might be considered concealed carry. A lot is going to depend on whether the exposed grip makes it reasonably clear that there’s a gun present, and also whether the officer that sees the grip is feeling like pushing the issue.

If you are considering carrying a firearm in public, get a permit. If you don’t have a permit and are charged with ORS 166.240″Carrying of Concealed Weapons” or ORS 166.250 “Unlawful Possession of Firearms,” call our office immediately. We can help.