Have you been arrested or cited for an Astoria DUI charge? We can help. Oregon DUI Attorney Michael Romano handles DUI cases in Astoria and Clatsop County. 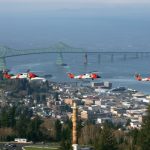 Astoria, Oregon is the county seat of Clatsop County. The city is located near the mouth of the Columbia River, which was important for the growth of the region in the 1800s. U.S. Route 30 and U.S. Route 101 are the main highways through Astoria, and the 4-mile Astoria–Megler Bridge connects Oregon to Washington. The population of Astoria is around 10,000 people.

Law enforcement agencies most responsible for Astoria DUI enforcement and arrests are the Astoria Police Department, Clatsop County Sheriff’s Office, and the Oregon State Police. Most Astoria DUI investigations result in either an arrest or citation without arrest.

Astoria DUI citations are typically forwarded to the Clatsop County District Attorney’s Office for a charging decision. If a formal criminal charge is filed, then the case typically proceeds through the Clatsop County Circuit Court. Most drivers charged with a first-time DUI are eligible for Oregon’s DUI Diversion Program. DUI cases that are not available for diversion may still be eligible for dismissal, or may be able to be resolved through plea negotiations or trial.

If you failed a breath test or refused the breath test, you will likely be looking at an administrative driver’s license suspension. This license suspension is separate from the criminal charge for DUI, and the license suspension can be imposed even before your criminal case is resolved. An administrative hearing called a “DMV Implied Consent hearing” is available to challenge this license suspension, but the request for the hearing must be made within ten-days of the date of your arrest. It is crucial that you have your attorney request this hearing immediately. The hearing will be scheduled and held by the Office of Administrative Hearings. The hearing will typically take place within 30-days after your arrest, and can be in-person or by phone. If you or the arresting officer demand an in-person hearing, the hearing location may not necessarily where you live, but rather will be within 100 air-miles of where the DUI arrest took place.

The Clatsop County Jail is an adult facility housing up to 60 inmates per the cap established by the Clatsop County Board of Commissioners. During the year, approximately 3,500 individuals are booked and released from the county jail. The jail rents approximately 10 beds from the Tillamook County Sheriff’s Office to help with overcrowding.

Any driver entering into the DUI Diversion Program or convicted of a DUI charge will need an ADES evaluation. For more information on the evaluations in Clatsop County, please see the Clatsop County DUI page.

Any driver entering into the DUI Diversion Program or convicted of a DUI charge will need to complete a drug and alcohol education class or treatment. For more information on the treatment programs and providers in Clatsop County, please see the Clatsop County DUI page.

If you are facing an Astoria DUI charge, we can help. We have offices in downtown Portland and we offer no-cost, no-obligation initial consultations in-person, by phone, or by video conference. Contact us today to schedule an appointment.