If you’ve been arrested for, cited for, or charged with a Eugene DUI charge, we can help. 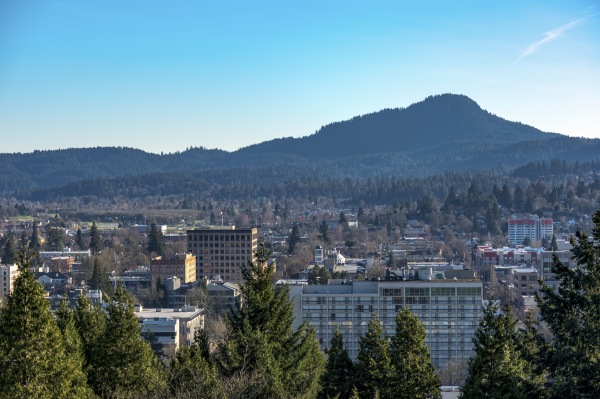 Eugene, Oregon is the home of the University of Oregon, which is home of the Oregon Ducks and the birthplace of Nike. The neighboring town of Springfield, Oregon has been made famous and immortalized by the t.v. show The Simpsons (the show’s creator Matt Groening was from Portland, Oregon).

The largest police agencies responsible for Eugene DUI enforcement are the Eugene Police Department, the Lane County Sheriff’s Office, the Springfield Police Department, and the Oregon State Police. Contrary to popular belief, it is not a requirement that the agency that cites or arrests you be from the city or even county where you are charged. In other words, an Oregon State Trooper based out of Salem or Roseburg, can stop a driver near Eugene and cite or arrest the driver for DUI.

Your criminal case will likely be charged as a misdemeanor and proceed through Circuit Court (the state court system for most civil and criminal cases). Lane County has one courthouse, and it’s located in downtown Eugene.

For more information on the local courthouse (e.g. where to park), please see our page on the Lane County Circuit Courthouse.

After your arrest or citation, you want to contact a DUI attorney right away to request a DMV Implied Consent hearing. You only have ten days from the date of arrest to request this hearing, and it’s critically important. Your attorney may be able to save your driver’s license from an administrative suspension.

Lane County Oregon has only one jail, and if you are sentenced to jail following a Eugene DUI conviction, you will need to report for service in downtown Eugene.

You may receive visitors while in the Lane County Jail in Eugene, Oregon. When you arrive at the Lane County Jail you will be given a Visitor Request List. You are allowed to modify this list every four weeks. In order to put someone on your list you must state your relationship to the visitor and list the following information:

All visitors must be properly attired which means no suggestive or tight fitting clothing, and all visitations must be scheduled. For more information, please call (541) 682-4263.

You may make collect calls from the Lane County Jail or you may set up an account with GTL/PCS by calling (877) 650-4249. Anything you say on the phone while in Lane County Jail is being monitored and may be used against you in disciplinary or criminal proceedings.

You may receive mail while you are in jail in Eugene, Oregon.
Your address while in Lane County Jail is:

Please inform anyone who wants to send you something that:

Mr. Romano’s approach to criminal defense is very practical. We provide knowledgeable, experienced, thorough, and efficient representation in DUI cases– with a diligence and aggressiveness appropriate to the legal & practical consequences to the client, and the client’s personal preferences. In other words, a client who has a diversion-eligible DUI and a strong preference to quickly put the matter behind them may require or desire less work (and expense) than a client who is facing a lifetime revocation of their driving privileges, a felony DUI, or possible loss of employment. Mr. Romano does not recommend that every case proceed to a motion to suppress or trial, but Mr. Romano has received “not guilty” verdicts (aka acquittals) for clients with BACs (blood alcohol content readings) ranging from .08 to .26. Simply put: We have the ability and desire to help all drivers facing a DUI charge in Oregon.

We offer no-cost initial consultations in-person, by telephone, and by video conference. If you have been arrested or cited with Eugene DUI charge, and if you have questions about the court process, or your legal rights or options, contact us immediately to determine if we may be able to help you with your case.