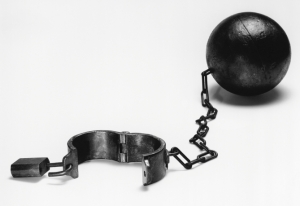 Most people who find themselves thrown into the criminal justice system want to extricate themselves from the entire mess as soon as possible. More than anything, they want to hear that it’s over, and they simply want that sense of relief that comes with closure. From a legal standpoint, it’s a bit more complicated though. There are different words and phrases used to convey various stages of the criminal justice process, and some resolutions are more final than others. There are various ways in which a case can end short of a conviction: including dismissals and acquittals, and no charges filed. This page will attempt to provide a glossary and discussion of some of the commonly used phrases as to the status of charges.

“The Case is Under Investigation”

“The Case Has Been Sent to the District Attorney’s Office”

Police agencies in Oregon do not make formal charging decisions in criminal cases. Police officers can cite people for crimes and arrest people for crimes, but formal criminal charges need to come from District Attorneys’ Offices. Deputy District Attorneys in Oregon (also referred to as simply “prosecutors”) are typically the ones who make most charging decisions– although in some high-profile cases, the actual District Attorney for a given county may make the ultimate charging decision. Prosecutors typically get their intake (that is, charges for their consideration) in the form of a printed or electronic packet of police reports from a police agency. Cases alleging serious felonies where a victim has been physically injured or even killed– and where a suspect is in custody– obviously take the highest priority in terms of time-sensitivity and public safety. A case alleging a low-level non-person misdemeanor criminal charge– when the suspect is out of custody– has little or no time-sensitivity at all. Therefore, most District Attorney’s Offices will have one or more prosecutors assigned each day to review in-custody intake (that is, cases that need a fast charging decision because the suspect is in-custody, and will be released if no charges are filed). Often times prosecutors will file something against a suspect who is in-custody simply so that they can attempt to hold a suspect that they perceive as dangerous in-custody, or at least so that they can obtain court-ordered release conditions with an open case. However, if the case is a non-person case, and fairly low-level in terms of seriousness, it will end up in a literal stack (on the prosecutor’s desk) or in a virtual stack (on a computer server) for review when the prosecutor has time to make a charging decision.

“No Charges Have Been Filed… At This Time”

There are many times in the larger, more populated counties of Oregon, where an individual previously cited for a crime will show up at the date and time of the arraignment, only to hear from the District Attorney’s office or judge that no charges have yet been filed. This can be one of the most confusing situations for someone wondering what the status of charges are. The person asks themselves, and maybe the Court, “What does that mean? Does that mean nothing will be filed? When will I know for sure what’s going to happen? What if anything do I have to do in the future to resolve this?” Unfortunately, there is no single answer to every situation like this. In some instances, it means that the police agency hasn’t sent their reports to the District Attorney’s office yet. Perhaps the officer is on day-off, or behind on his/her report writing. In other instances, the fact that no charges have been filed may simply mean that the assigned prosecutor has been busy, is behind on their work, and hasn’t had a chance to take a look at the intake. It also may mean some of the following.

“The Case Has Been Sent Back For Follow-Up”

Sometimes when a prosecutor receives and intake packet, they will notice that something is missing. It could be a supplemental report from an involved officer. It could be an important interview of a victim or witness. It could be an interview of the suspect or an attempt to at least get their side of the story. In some instances, the prosecutor may need to know more about why an investigation was handled in a particular way or what was the belief of an officer when they took a particular course of action (for example: what was the officer’s subjective believe with respect to probable cause). In any event, prosecutors can send cases back to police agencies for follow-up or clarification if needed.

Many cases now involve forensic evidence. Examination of fingerprints, DNA, suspected drugs (technically referred to as “controlled substances”), urine, and blood are often necessary in criminal investigations. If a given case has had materials sent to the crime lab for analysis, it can be several weeks or even several months to receive an official report back. This situation is similar to the “follow-up request” scenario discussed above and can be a frustrating delay for someone eager to know if charges will be filed or not. However, it’s rather obvious that most people would want the lab testing to be done correctly, rather than to have a prosecutor make a rush to judgment and file without having all the incriminating or exculpatory evidence before them.

“The Case Has Been Submitted to the Grand Jury”

“Charges Have Been Declined”

In some cases, the prosecutor will outright decline to file charges. This is different than a dismissal (discussed below). In this scenario, the prosecutor declines to file formal criminal charges. This is overwhelmingly good news, but it is important to keep in mind that the fact that charges were not filed does not necessarily mean that no charges could have been filed, or that no charges could possibly be filed in the future. Prosecutors may have a variety of reasons for not filing charges. It could be that the victim was reluctant or disinterested in going forward. It could be that the prosecutor didn’t feel they could prove the charges. It could be that the police accidentally or intentionally engaged in unlawful conduct during the investigation, and that the prosecutor knows this would be a problem moving forward. Lastly, it could mean that the prosecutor felt that no charges were warranted “in the interest of justice” (a vague phrase that prosecutors like to use when they don’t want to specifically state their motivation for declining charges, usually for political reasons). In any event, it’s important to understand that in many cases, charges could possibly be filed if new evidence came to light. The only legal barrier to the prosecutor filing charges would be the statute of limitations or a lack of speedy trial. The statute of limitations vary wildly depending on the type of crime, but they are typically two years for a misdemeanor criminal charge and three years for a felony criminal charge. When charges have been declined, there is a waiting period for expungement of the arrest. For more information on this, please read our page on criminal expungements.

“Charges Have Been Dismissed”

A situation where charges have been dismissed is different from a situation where charges were never filed. In the case of dismissal, the prosecutor actually formally filed criminal charges with the Court, and then dismissed them by motion later. The reason for the dismissal could be any of those reasons discussed above, but the important thing to note in the case of a dismissal is that an expungement of the criminal arrest and charges may be available immediately rather than after a delay. For more information on this, please read our page on criminal expungements.

“The Defendant Has Been Acquitted”

An acquittal comes after a jury trial or bench trial (trial to the judge only). An acquittal is very similar to a dismissal in terms of the legal effect, and– as with a dismissal– it’s important to note that an expungement of the criminal arrest and charges may be available immediately rather than after a delay.

“The Conviction Has Been Overturned on Appeal”

A full discussion of appeals is beyond the scope of this page, but legally, a successful appeal may result in overturning a conviction, sending the case back for re-sentencing, or setting a new trial. In the case of a conviction being set-aside, a defendant would also want to pursue an expungement to eliminate the record of arrest and conviction.

When in doubt, speak with an attorney

Once a defendant or suspect has learned their charges have not been filed, they’ve been declined, dismissed, or received an acquittal, there is often a sense of relief and even elation. While it is not the job of attorneys/lawyers to be the bearer of bad news, it is sometimes very important that a person with pending charges– or a person who was previously accused of a crime– know exactly where they stand, and whether or not they have future exposure to the previously-resolved criminal charges being revived, or possibly even new criminal charges being filed. The bottom line is this: If you are being investigated for a crime, or if you do not know the status of criminal charges against you, the wisest decision is to speak with an attorney/lawyer. If your charges have been declined, dismissed, or you’ve received an acquittal, you should also purse expungement as a way to clean-up your official criminal history and record.