Oregon expungement law is complex. “Expungement” is the more informal word used to describe a Motion to Set Aside an arrest or conviction. Many people previously arrested or convicted of a crime understandably want to know if they are eligible to have an expungement to set aside their conviction or arrest. Oregon law provides that persons with criminal arrests and convictions may be eligible to set-aside or expunge in some circumstances. ORS 137.225 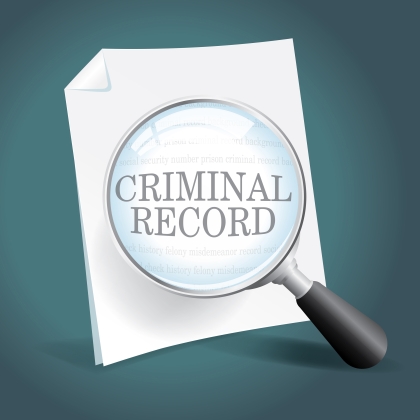 Which Crimes are Eligible for Expungement in Oregon?

Only certain crimes are expungeable. Most non-person Class B felonies, most Class C felonies, and most misdemeanors and violations can be expunged. However, some firearm offenses, most child abuse offenses, all sex offenses, and all convictions for a state or municipal traffic offenses cannot be expunged (this includes Driving Under the Influence of Intoxicants: DUII).

Waiting Period for Expungement in Oregon

At any time after the lapse of three years from the date of pronouncement of judgment (the date of conviction), any defendant who has fully complied with and performed the sentence of the court may apply to the court where the conviction was entered for entry of an order setting aside the conviction (i.e. an expungement). However, a person convicted of a new crime– excluding motor vehicle violations– whether or not the other conviction is for conduct associated with the same criminal episode that caused the arrest or conviction that is sought to be set aside, will have to wait ten (10) years to apply for an expungement of the conviction.

In situations in which someone was arrested or cited by the police for a crime, but actual charges were never filed, the arrested/cited person may apply to the court that would have jurisdiction over the crime for which the person was arrested/cited, for entry of an order setting aside the record of the arrest after one year. However, for the purpose of computing the one-year period, time during which the arrested person has secreted himself or herself within or without this state is not included.

If criminal charges were filed, but later dismissed or if the defendant was acquitted at trial, the defendant can apply immediately to set aside the record of the arrest. Please note however that this does not apply for dismissals that are part of the Oregon DUI Diversion Program.

To have an arrest/conviction record expunged from your record, you must file a copy of a motion with the local court for the county in which you were arrested/convicted. Some police agencies and district attorney’s offices have packets you can fill out for expungement. Some counties will require that you draft and submit your own paperwork– or have an attorney do it for you.

In addition to submitting the original motion for expungement to the court, you must serve a copy on the district attorney’s office, and you must also submit an original set of your fingerprints and certified check for $80.00 made out to Oregon State Police, if the arrest resulted in a conviction. If the arrest resulted in a dismissal, the $80.00 fee is not required.

What is the Expungement Process in Oregon?

The Oregon State Police will do a fingerprint comparison to be sure the correct record is being considered for expungement. The paperwork, fingerprints and a copy of the computerized criminal history are then returned to the district attorney’s office. After reviewing the computerized criminal history, the district attorney’s office offers a recommendation for approval or denial of the motion for expungement. If a hearing is needed, a judge will ultimately determine whether or not the expungement is allowed. If the expungement is allowed, the judge will signed an order, and a certified copy of the order will be forwarded from the court to the Oregon State Police for appropriate action and compliance with the order.

Romano Law, P.C. handled expungements and motions to set aside arrest records and convictions. If you have questions about the process– or would like us to handle it for you– please contact our office in Portland or Bend, Oregon.