In 2016, we celebrated the 50th anniversary of the United States Supreme Court ruling in Miranda v. Arizona and the resulting right to remain silent. How has the Miranda verdict served to shape our justice system over the last fifty years?  Some would say that the decision interferes with the ability of the police to obtain confessions, however, others believe that high-pressure police interrogations have led to many false confessions.  Over the last half-century, studies have shown that the Miranda warning has done no damage to law enforcement, and is in full accordance with the United States Bill of Rights and Constitution.  In this article, the case of Miranda v. Arizona will be examined, along with the cultural and legal effects on our current society. 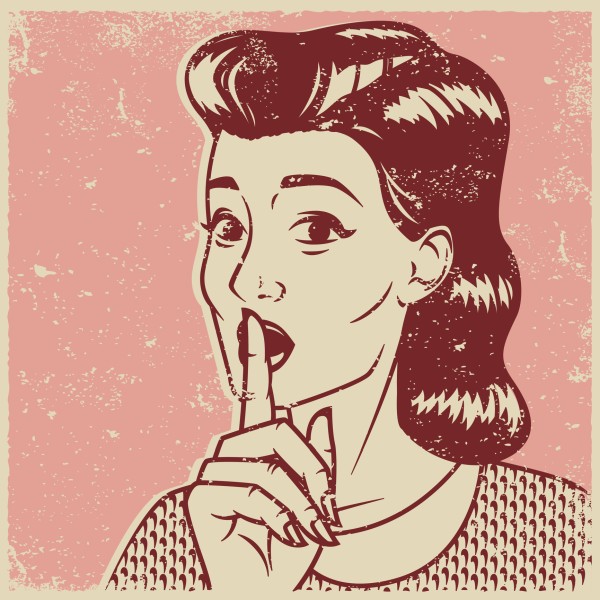 On March 3, 1963, while returning home from her late night job at a theater in Phoenix, AZ, 18-year old Lois Ann Jameson was attacked. Her assailant forced her into a car while threatening her with a knife, drove to the Arizona desert, sexually assaulted her, took her money, and dropped her off a few blocks from her home.  Later, she described her attacker and his vehicle to detectives.

The following week, Jameson’s bother saw the car believed to have been used in the attack, and recorded the license plate number.  The aged green car in the driveway of Twila Hoffman’s house was further investigated and found to be a match from Jameson’s description of the crime.  Ernesto Miranda shared this home with Hoffman, his common-law wife. Ernesto Arturo Miranda, 22, was then accused and arrested by Officer Carrol Cooley for the kidnapping and rape of Lois Ann Jameson.

Who Was Mr. Miranda?

Ernesto Arturo Miranda, (March 9, 1941- January 31, 1976) was born in Mesa, Arizona.  At the age of six, his mother died and his father, a Mexican immigrant, remarried. Miranda was reportedly never on good terms with his stepmother, father or brothers.  At age fourteen, while attending Queen of Peace Grammar School in Mesa, AZ, he was convicted of burglary and sentenced to a year in the Arizona State Industrial School for Boys (ASISB).  Subsequently, he dropped out of school, and developed an arrest record for armed robbery, attempted rape, burglary and assault between 1954 and 1958.

In 1958, he joined the US Army, only to be dishonorably discharged in 1959.   During his enlistment in the Army, Miranda spent six months of hard labor in the stockade at Fort Campbell, Kentucky for being reported AWOL several times, and for spying on people engaged in sexual activities.  He was ordered to undergo psychiatric counseling, but only attended one session, and was never definitively diagnosed with a mental disorder.

Miranda was arrested and convicted of the kidnapping and rape of Lois Ann Jameson first in 1963, and again without his written confession at retrial, in 1967.  He would go on to serve only until 1974, when he was paroled. It was only two years later in 1976, when at age 35, he was stabbed to death.  This occurred during a card game in a neighborhood bar in Phoenix, AZ, over an argument over less than three dollars.  The man arrested for the stabbing was immediately given the Miranda Warnings.

After being escorted to the police station, Miranda was lined-up next to three other men, and Jameson identified Miranda as the individual who most resembled her attacker, however she was not positive.  Cooley and Detective Alfred Young, who were investigating the case, interrogated Miranda in a closed room for two hours.  The officers knew that Miranda had the Constitutional right to remain silent, but because they were not required by law to inform him of this right, they did not do so.  Both officers later testified in court that they neither hurt nor threatened him, contrary to Miranda’s claim that they had bullied him by warning him that they would make all possible charges against him.

Miranda confessed to the rape of Lois Ann Jameson, as well as having committed eight other unsolved crimes in the area.  These additional crimes included a robbery and an attempted rape.  After verbally confessing to these crimes, Miranda was given a standard police department form and submitted a written confession of the Jameson rape.  This form was an issue of contention, as it stated: “I…do hereby swear that I make this statement voluntarily and of my own free will, with no threats, coercion, or promises of immunity, and with full knowledge of my legal rights, understanding any statement I make may be used against me.” While the form clearly stated that he had “legal rights”, it failed to explain what those specific rights were.  After he wrote his confession of the rape, both officers, Cooley and Young, signed and submitted the case.

Miranda was transferred to the Phoenix city jail after being formally charged two days after his confession, with the kidnapping and rape of Jameson.  Public Defender Alvin Moore, an experienced 73-year-old lawyer was assigned to the case.  Moore offered no witnesses in defense of Miranda, instead relying on the cross-examination of Jameson the arresting officers.  For the prosecution, four people were called upon to testify against Miranda: Jameson, Jameson’s sister, Officer Carrol Cooley and Detective Alfred Young.  The state also submitted Miranda’s written confession as the prosecution’s only piece of physical evidence.

After five hours of deliberation, the jury declared Miranda guilty of the kidnapping and rape of Jameson.  On June 27, 1963, he was sentenced to 20-30 years in state prison.  Alvin Moore consequently appealed to the Arizona Supreme Court, on the grounds that Miranda should have had access to legal counsel during his police questioning, as well as during his trial.  His argument stood on the grounds that Miranda would not have confessed had a lawyer been present to advise him of his right to remain silent.  The state upheld the conviction after ruling that the police had not violated any constitutional rights in obtaining his confession.

While jailed, Miranda submitted an appeal to the United States Supreme Court.  John J. Flynn and John P. Frank, two Phoenix lawyers offered to present his appeal for free, as they had recognized that this case represented a flaw in a constitutional issue.  In the preceding two years, the U.S. Supreme Court had expanded the rights of the accused in the cases Gideon v. Wainwright and Escobedo v. Illinois.  With favor weighing on the rights of the accused, both lawyers believed that the time was opportune to represent Miranda.

The verdict was argued on February 28, 1966 and March 1st and 2nd, 1966.  The verdict was decided on June 13, 1966, with the vote being five to four.  The majority opinion was written by Justices Hugo L. Black, William O. Douglas, William J. Brennan, Abe Fortas, and (Chief) Earl Warren.  Four additional cases were considered under the single Miranda v. Arizona verdict, which served to alter the current Bill of Rights thereby increasing the rights of the accused.

“There can be no doubt that the Fifth Amendment privilege is available outside of criminal court proceedings and serves to protect persons in all settings in which their freedom of action is curtailed in any significant way from being compelled to incriminate themselves…The prosecution may not use statements, whether exculpatory or inculpatory, stemming from custodial interrogation of the defendant unless it demonstrates the use of procedural safeguards effective to secure the privilege against self-incrimination.”

The justice majority felt that the accused possessed their Fifth Amendment rights, including the right to refrain from self-incrimination, in any setting, including those outside of the courtroom.  If it was apparent the accused had not been given this right during their custodial interrogation, then those statements were not considered to be valid in trial.

“Without proper safeguards the process of in-custody interrogation of persons suspected or accused of crime contains inherently compelling pressures which work to undermine the individual’s will to resist and to compel him to speak where he would otherwise do so freely…[a defendant] must be warned prior to any questioning that he has the right to remain silent, that anything he says can be used against him in a court of law, that he has the right to the presence of an attorney, and that if he cannot afford an attorney one will be appointed for him prior to any questioning if he so desires.”

This statement explains the court’s reasoning behind their decision.  If an accused suspect was not aware of his fundamental rights, he would not feel that he could speak freely, and potentially make an unjust confession.  Therefore, all defendants must be informed of their Fifth Amendment right to remain silent, and their Sixth Amendment right to counsel prior to custodial interrogation.

After the court’s decision in Miranda v. Arizona, 384 U.S. 436 (1966), Flynn was appointed to represent Miranda in his retrial.  With the written confession now being omitted from the prosecuting evidence, the state’s case was greatly weakened.  Now expecting to be released after this retrial, Miranda engaged in a custodial battle for his child with common-law wife, Twila Hoffman.  Hoffman then approached authorities and revealed to them that Miranda had verbally confessed to the kidnapping and rape of Jameson while he was incarcerated.  This new evidence was ruled as admissible, in that a common-law wife could indeed testify against her spouse.  Miranda was again found guilty and sentenced to a 20-30-year term in jail.

During the time of the Supreme Court ruling, the Fifth Amendment faced much opposition from public figures such as 1968 presidential candidate Richard M. Nixon, and the dissenting Justices: Tom C. Clark, John Marshall Harlan II, Byron R. White and Potter Stewart.  Nixon stated: “Our courts have gone too far in their decisions weakening the peace forces against the criminal forces in the United States of America.”  He further went on to support congress in attempting to overrule the Miranda decision in 1968.

The dissenting Supreme Court Justices argued that the Miranda warning allowed for guilty criminals to avoid conviction.  They noted that confessions are vitals forms of evidence, and hindering the ability of officers to obtain such information would be irreparably hindered by the required ‘reading of rights’.   Justice Harlan, writing on behalf of himself and Justices Stewart, and White in dissent wrote:

“While the fine points of this scheme are far less clear than the Court admits, the tenor is quite apparent. The new rules are not designed to guard against police brutality or other unmistakably banned forms of coercion. Those who use third-degree tactics and deny them in court are equally able and destined to lie as skillfully about warnings and waivers. Rather, the thrust of the new rules is to negate all pressures, to reinforce the nervous or ignorant suspect, and ultimately to discourage any confession at all. The aim, in short, is toward ‘voluntariness’ in a Utopian sense, or, to view it from a different angle, voluntariness with a vengeance.”

Currently, the Fifth Amendment suffers less criticism, and is considered to be a fundamental American right.  While several minor revisions have been enacted upon the ruling, the core rights of the accused have remained intact. The cases in which the Miranda ruling was modified are as follows:

The Future of Miranda

As stated by Author Crystal Lombardo regarding the pros and cons of Miranda rights, there is still some debate as to whether the policy is fair to both sides of the justice system.  Lombardo writes:

“The Pros of Miranda Rights

The Cons of Miranda Rights

While there is still some reason to question whether or not Miranda upholds equity for both the accused and the law, it is now widely considered to be a fundamental American right.  For the accused in America today, the enhancement of personal rights will continue to provide fair opportunities for legal representation and interrogation.