Retirement accounts and pension plans are typically divided between the parties in Oregon divorce cases. Retirement benefits are typically considered to be a property interest (as opposed to an income source), and they are therefore treated differently than spousal support. 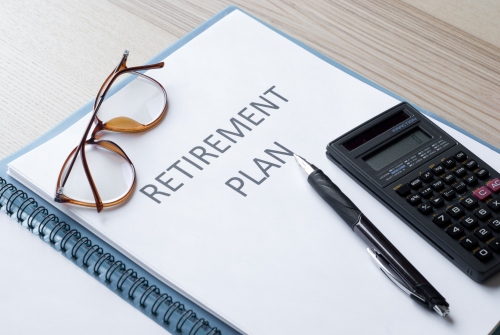 Whenever the Court renders a judgment of marital annulment, dissolution or separation, the Court may provide in the judgment for a variety of forms of relief, Marital assets can be divided by the Court, and retirement benefits and pension funds are considered marital assets.

For the division or other disposition between the parties of the real or personal property, or both, of either or both of the parties as may be just and proper in all the circumstances. In determining the division of property under this paragraph, the following apply:

(A) A retirement plan or pension or an interest therein shall be considered as property.

(B) The court shall consider the contribution of a party as a homemaker as a contribution to the acquisition of marital assets.

(C) Except as provided in subparagraph (D) of this paragraph, there is a rebuttable presumption that both parties have contributed equally to the acquisition of property during the marriage, whether such property is jointly or separately held.

(D)(i) Property acquired by gift to one party during the marriage and separately held by that party on a continuing basis from the time of receipt is not subject to a presumption of equal contribution under subparagraph (C) of this paragraph.

While there is no hard-and-fast rules for disposing of or dividing retirement plan benefits, long-term marriages typically see a near equal division of retirement assets. Oregon presumes that both parties to a marriage have contributed equally to the marital estate– include towards retirement accounts. However, the parties’ relative contributions and the extent to which the parties maintained separate finances or commingled their financial affairs, are factors that can be rebutted at trial.

If you are facing a divorce where retirement accounts are subject to division or pension plans are subject to allocation, contact an attorney. In addition to the substantial value of many of these benefits, there may also be tax consequences to consider when dividing these assets during divorce.