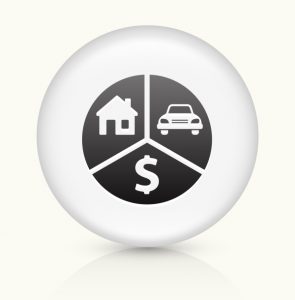 Temporary orders are awarded by filing a motion and affidavit requesting an order for temporary relief. These motions are called “pendente lite” (Latin) motions because they are pending during litigation.

The court has the power under Oregon law to award temporary legal custody of the children to a specific parent, that the noncustodial parent pay child support each month, and also to order one party to pay temporary spousal support to the other. The court also has the legal authority to award temporary exclusive use of the family home (typically referred to as the “marital residence”) to one of the parties. Lastly, the court also has the authority to award temporary exclusive use of personal property– such as the family car, truck, RV, horse trailer– while the divorce case is pending.

After the party files a motion for temporary custody or support, the opposing party has an opportunity to respond. In some cases, the parties simply file dueling affidavits and the court makes a decision and issues a ruling in writing without a hearing (typically in temporary support cases only). In other cases (most typically when temporary custody or parenting time are an issue), the court will have a hearing.

If a hearing is scheduled, the temptation for parties is to attempt to litigate the entire divorce case. However, the court won’t have the time– or interest– in doing this in an hour or two. Temporary hearing should be considered for temporary issues only, and the parties should go to great lengths to consolidate and distill the issues down so that they can be heard with efficiency and clarity before the judge– typically a judge who knows very little about the case, has a busy docket, and needs to make the best decision possible as quickly as possible.

ORS 107.095 Provisions court may make after commencement of suit and before judgment:

(1) After the commencement of a suit for marital annulment, dissolution or separation and until a general judgment therein, the court may provide as follows:

(c) For the restraint of a party from molesting or interfering in any manner with the other party or the minor children.

(d) That if minor children reside in the family home and the court considers it necessary for their best interest to do so, the court may require either party to move out of the home for such period of time and under such conditions as the court may determine, whether the home is rented, owned or being purchased by one party or both parties.

(e) Restraining and enjoining either party or both from encumbering or disposing of any of the real or personal property of either or both of the parties, except as ordered by the court.

(f) For the temporary use, possession and control of the real or personal property of the parties or either of them and the payment of installment liens and encumbrances thereon.

(g) That even if no minor children reside in the family home, the court may require one party to move out of the home for such period of time and under such conditions as the court determines, whether the home is rented, owned or being purchased by one party or both parties if that party assaults or threatens to assault the other.

(4) In a suit for annulment or dissolution of marriage or for separation, wherein the parties are co-petitioners or the respondent is found by the court to be in default or the respondent having appeared has waived further appearance or the parties stipulate to the entry of a judgment, the court may, when the cause is otherwise ready for hearing on the merits, in lieu of such hearing, enter a judgment of annulment or dissolution or for separation based upon a current affidavit or declaration under penalty of perjury in the form required by ORCP 1 E, executed by the petitioner or co-petitioners, setting forth a prima facie case, and covering such additional matters as the court may require. If custody of minor children is involved, then the affidavit or declaration under penalty of perjury must also include the name of the party with whom the children currently reside and the length of time they have so resided.

(5) When a court orders relief under subsection (1)(c) or (d) of this section, the court may include in its order an expiration date for the order to allow entry of the order into the Law Enforcement Data System and the databases of the National Crime Information Center of the United States Department of Justice as provided in ORS 107.720. If the person being restrained was provided notice and an opportunity to be heard, the court shall also include in the order, when appropriate, terms and findings sufficient under 18 U.S.C. 922 (d)(8) or (g)(8) to affect the persons ability to possess firearms and ammunition or engage in activities involving firearms.