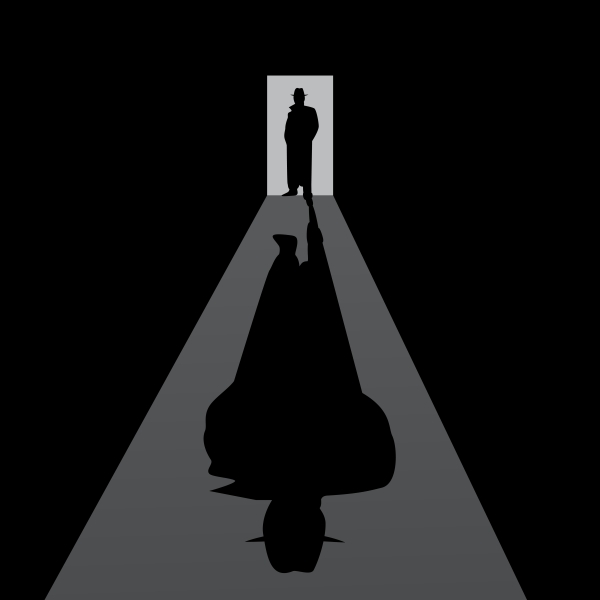 Nika Elise Larsen, a forensic scientist and crime scene investigator for Oregon State Police Crime Lab, faced a federal court on Aug. 15, 2016. Larsen pled guilty to tampering with evidence and theft of Schedule II type drugs through direct access to evidence in lockers while working out of Bend and Pendleton Oregon Crime Labs since 2008. Sentencing will commence on Dec. 12, 2016. The prosecution and the defense are recommending a three-year prison sentence.

Due to Larsen’s tampering, around 1,500 cases are being reviewed by John Hummel, District Attorney for Deschutes County, Oregon, and by several Deputy District Attorneys. Reportedly, Larsen’s mishandling and tampering of evidence occurred with her own cases and those which she might have accessed in her eight years of employment at OSP.

This case is one of several which have cropped up in the last eleven years through mismanagement and lack of oversight at OSP Crime Labs.

Jeff Dovci allegedly overstated evidence in a 2005 criminal trial before he retired from the Central Point Oregon Crime Lab in 2013. He is now a private forensic consultant. OSP did an internal investigation and John Hummel found that Dovci had, “overstated scientific findings and minimized things that could have hurt the state’s case.” After reviewing the two cases that came into question, Hummel found that the convictions in question still stood on solid ground.

A previous OSP forensic scientist, Kristopher Kyes, missed drugs and other substances in urine he tested at the Clackamas Oregon Crime Lab, which led to a review of 120 cases, 10 of which had potential discrepancies. This led investigators to reevaluate those 10 cases.

The troubling trend of misconduct continues with OSP evidence technician, John D. Parrish, who was indicted on June 3, 2013 on seven counts of first-degree theft, one count of second-degree theft, and two counts of first-degree official misconduct. Parrish’s theft charges arose from incidents between July 2012 and February 2014 when he allegedly stole cash from the Central Point Area Command’s evidence locker. No official court date is set for Parrish.

Similarly, there is a potential for further cases to exist in which a wrongfully sentenced defendant went to jail or even prison due to the tampering or mishandling of evidence.

There are five Oregon Crime Labs, and Portland’s lab is the only one so far to employ an intermediary who handles locker evidence when dealing with requests from forensic scientists. This creates a stronger oversight system. Unfortunately, the other four labs do not have this system in place. This allows forensic scientists to freely walk into evidence lockers, completely alone, and conduct their own private search.

Installing a surveillance system is one answer to combat misbehavior, but none have been implemented in evidence lockers, not even in Portland’s lab. This lack of security allows a person, Nika Larsen for instance, to tamper with evidence.

Fortunately, labs keep a stock of all evidence when it’s introduced into a lab, along with a barcode given and a record kept by any forensic scientist who accesses evidence. Unfortunately, tampering or theft of evidence without a witness occurs, along with records altered by scientists such as Nika Larsen and Mike Jackson.

Another concern is that drug tests are not mandatory for forensic scientists who analyze drugs and only once per year is inventory checked in every lab. In Nika Larsen’s case, she traded the drugs she stole from an evidence locker with over the counter pills.

Along with these obvious security flaws, is the lack of a buddy system inside forensic labs. Scientists in labs such as the Bend location, usually work alone in a cubicle, and are trained to only focus on their particular field of expertise. Although requests for testing have increased, the number of laboratory staff have essentially remained stagnant.

Pex believes that a great deal of the problems within OSP Crime Labs stems from mismanagement, micromanaging, and complicated politics from top management; who oversee the work carried out by the central lab director. With this muddled oversight, coupled with only a 5% increase in pay, along with a usual need to relocate, has made the job of becoming a central lab director rather unappealing.

Ken Meneely, a former director of the Springfield Oregon Crime Lab, agreed that the lack of security in the OSP Crime Labs is a major cause for concern. He also stated that, “an unknowledgeable central lab director is a major problem and creates a divided work environment for forensic scientists,” who are not getting enough training to have a strong background in forensics. These practices have, to some extent, allowed uninvolved and less professional people to take on positions as forensic scientists in Oregon’s Crime Labs. Pex suggested that attending AAFS, or the, American Academy of Forensic Scientists, is one part of the solution to this problem and that it should be mandatory for all scientists in OSP Crime Labs.

Ken Meneely and James Pex explain, that one crucial way to fix the crime labs in Oregon, is to train scientists to have a broad foundational knowledge of forensics. Another crucial fix, Meneely and Pex explain, needs to take place in management, which is overworked, underfunded, and overly micromanaged. When asked why he thinks that Oregon’s crime labs are underfunded, Pex explained, Oregon’s police department is focusing heavily on their traffic division.

Governor Kate Brown created an internal investigation of Oregon’s crime labs in order to evaluate problem areas and fix them. However, due to it being internal, there have been doubts cast from forensic scientists like James Pex, who stated, “The ASCLD, an outside agency, and an independent private forensic scientist need to take part in this evaluation in order for it to be done right.” Similarly, Deschutes County DA John Hummel stated that, he would like to see someone besides the Oregon State Police investigate the Oregon State Police labs.

After reaching out to Governor Brown regarding questions about lab security policies, the ongoing internal investigation, and Oregon’s Crime Lab budget, a representative stated, “the Governor looks forward to hearing any recommendations on improving services and insuring the highest standards of quality at the OSP Crime Lab.”

After contacting Portland’s lab supervisor, Elizabeth Flannery, about lab security and why security cameras aren’t used in evidence lockers, she stated that, “We [OSP Portland Crime Lab] do have cameras in some areas and they are being installed in other areas where they’d be useful as resources and time allow.”

Regarding management issues, Flannery stated, “For those who already work in our lab system, the step up to management may present some difficult choices: Management may take them away from focusing on the science they love. Many scientists also prefer to work four ten hour days. The pay bump for managers is comparatively small, they work at least five days per week, and they often work long hours without the benefit of overtime.”

The complications at OSP Crime Labs have, at times, created a mismanaged environment. The result of which comes at a high price for innocent people wrongly convicted of crimes due to the mishandling and improper management of forensic evidence.

Although Gov. Kate Brown has assembled a working group to review policies and practices within the Oregon Crime Labs, this will not take place until September. While this may or may not fix all the root problems in the crime labs; the problems are hopefully set to be addressed soon.

Author and Portland Criminal Defense Attorney Michael Romano has worked with the Oregon State Police Crime Labs since 2000 as both a prosecutor and defense attorney.