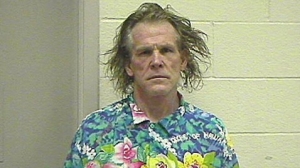 Oregon mugshots– published on the internet– are a relatively new problem. While the pictures have been taken for years, it’s only in the last few years that they’ve been posted on the internet by commercial websites.

Most people probably remember the less-than-flattering mugshot of actor Nick Nolte (seen above) that was taken after he was arrested for Driving Under the Influence (DUI) on the Pacific Coast Highway near Los Angeles on September 11, 2002. Thankfully, most of us are not celebrities and therefore our failures are not published on the front page of newspapers or magazines. However, if you’ve Googled your name after an Oregon DUI arrest, after any other arrest, or after a “book & release” on any criminal charge, you’ve probably noticed that your mug shot and personal information has made it onto the internet. Over the last several years, many websites have popped up which feature mug shots from local police agencies or county jails. The websites are an easy money-maker for the unscrupulous individuals who run them. The websites are essentially fed by scripts or computer programs designed to automatically aggregate mug shots that are already publicly available on police agency websites or jail websites. In other words, the photos are already available publicly. The mug shot websites simply make the mug shots much more prominent on the internet with the intent of humiliating people who’ve been arrested, all in an attempt to make people more likely to want to pay a fee in the hopes that the photograph will be removed.

Common questions about Oregon mugshots are:

While you may not be able to completely remove your mugshot from Google or the internet, you can take a few steps to make it less prominent.

The easiest, cheapest, and quickest way to dilute the strength of the mugshot or push it down (or back further) in search engine results pages is to have more favorable pictures online. It’s a relatively simple solution. Consider that if the only picture you have of yourself on the internet is your mugshot, what is Google or any other search engine to show if your name is put into a search engine? The only photo of you online: Your mugshot.

Here are some suggested ideas: 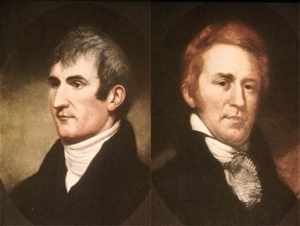 You won’t see results immediately from the suggestions above, but you will likely see results over a period of several weeks (as the “spiders,” “robots,” and “scripts” of search engines discover the photos and index them in their searches).

The following information is specific to Oregon DUI mugshots:

On June 6, 2013, Former Governor John Kitzhaber signed House Bill 3467 (later codified as ORS 646A.806) Or Laws 2013, ch 330, § 1) which requires any person who owns or has control over a mug shot website to remove the mug shot if requested in writing and if the arrest resulted in acquittal or violation, or if the arrest/conviction was followed by an order to set aside or “expunction.” The written request must be supported by paper or electronic copies of official court records or law enforcement records. The law took effect January 1, 2014.

There are a few problems with this remedy as it applies to DUI arrests, charges, and convictions. Per Oregon law (ORS 137.225), DUI arrests and convictions are prohibited from being set aside or “expunged.” There is an exception for cases that are never filed or that end in an acquittal. Most drivers charged with DUI enter into the DUI diversion program, which means that there is no conviction entered. ORS 137.225 states that expungement of an arrest is not allowed for cases of “driving while under the influence of intoxicants if the charge is dismissed as a result of the persons successful completion of a diversion agreement…”

So when will this new anti-mug shot law likely apply in DUI cases?

The laws concerning the setting aside arrests or convictions are complicated and this new anti-mug shot law is brand-new. If you have any questions about how these laws may apply to your specific situation, please contact our office.